Dynasty leagues are often won by the teams that uncover value where others see none. Last year Gary Barnidge was a waiver add in even the deepest leagues while fourth round rookie picks from last year like Stefon Diggs and Thomas Rawls each provided significant ROI.

There’s signal to be found in the rotosphere if you know what to look for, but there’s also a lot of noise, which makes identifying these players challenging. That’s why I like to plant as many quality “seeds” (rostering or monitoring pre-breakout, under-hyped players). Any individual seed is unlikely to blossom into a stud, but if you plant enough quality ones, you give yourself a chance to get cheap starters. I’ve already talked about the seeds I am planting at running back and quarterback (for 2QB and superflex leagues), this post will focus on wide receivers who are either currently not starting, or not yet priced as viable fantasy starters.

When I first published this earlier this summer at my own (now deceased) blog Tajae Sharpe was on the list, but we’ll call him “graduated” and omit him.

Doctson is by far the most expensive WR on this list, but I wanted to include him due to his plummeting stock that has seen his ADP slip from the mid 30’s in June to around 90th on August 15th due to the Brad Pitt ailment he’s battled with all summer. A first round pick who is consistently towards the top of any model, if an impatient owner is getting too many Kevin White 2015 flashbacks to handle, go forth and buy low on him. He’s about a coin flip to develop into must-start WR (that’s a compliment, those odds are good for a prospect) over the next few years.

Carroo has seen his ADP fall below 150, which I think is a mistake, but also presents an opportunity for you to go get a quality prospect at a discount. We have to trust the prospect models that made him one of the most compelling pre-draft prospects more than we trust the lack of buzz this summer. Carroo has about a 40-45% chance to develop into a must-start wide receiver over the next few years, which is more in line with what you’d expect from a legitimate second round NFL WR selection (he was taken in round three).

What I like about Agholar’s situation is that we’ll know pretty quickly if he’s a dud, so you won’t have to let his saga drag out all year. He’s quite cheap, too – more recent August-only ADP checks in around 150. The Eagles held Agholar out of their fourth preseason game, which indicates that he’s a starter for them. He had a really (really!) rough rookie year and he was probably a first round reach last year by the Eagles, but understand that as a prospect he looked about the same as some of our recent favorites like Allen Robinson and Tyler Lockett, so let’s not stick a fork in him just yet.

“Discount Tajae Sharpe” was a highly productive collegiate athlete for his age and flashed a nifty ability to break tackles and stretch the field from the slot. Cooper was considered the starting slot wide receiver in LA before he suffered a minor shoulder injury, but he should get an opportunity to play this year. The Rams aren’t exactly loaded with playmakers that can make catches like this one. He has about a 20-25% shot to develop into a must-start WR over the next few years.

I like Cooper more than Mitchell as prospect, but it’s very easy to dream on Mitchell breaking out late 2016 or in 2017 because of the opportunity. The Patriots have still not developed a differentiated wide receiver outside of Julian Edelman. Without Brady and Patriots’ opportunity, Mitchell has about a 10-15% chance of becoming a must-start WR, but context matters so I’d bump that up some.

Crowder can be had for next to nothing, because he’s short, wasn’t drafted highly and the Redskins depth chart looks crowder, whoops… crowded… (Garcon, Jackson and Doctson). On the other hand, he was the team’s second most efficient WR last year as a rookie and the two vets will be free agents at year’s end.

Strong was a prospect I liked last year whose early offseason buzz confirmation bias’d me into overrating him this summer, but I still want to monitor him. Hardy was a real prospect who now has the opportunity to start in the slot for the non-Julio-talent-starved Atlanta Falcons. Seahawks’ WR Paul Richardson will cost you nothing because of the injury that cost him all of 2015, but he has prospect pedigree as a second round pick. Butler backed up a buzz worthy camp with an impressive preseason. Should either Dez Bryant or Terrance Williams go down,  he has prototypical outside receiver size. 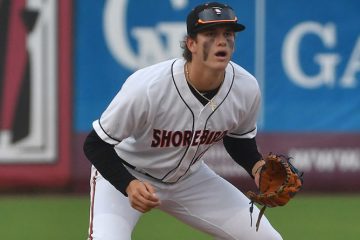 The Next Next Big Things: Hitter Edition