It’s the third week of the 2016 season, which means it’s time to overreact. You’ve worked hard all offseason to get your roster in good shape, somehow you’ve avoided the brutal injuries that will end your season before it starts (or you didn’t in which case, sorry). You’ve got a plan, and it’s going to propel you right to the top this year. Nothing can get in your way.

Except, maybe, that person in your league who just milked 18 strikeouts and a sub 2.00 ERA streaming Ubaldo Jimenez and Bartolo Colon even though the rest of his staff is anchored by a couple SP3 types.

Streaming is a high risk, high reward strategy that can help owners with a weak rotation and too much free time outperform their true talent. In a post-Daily Fantasy world and high strikeout, low offense era, it’s never been easier to find values on the waiver wire, even in deep dynasty leagues. Figuring out how to beat a streaming team can be infuriating, especially in head to head formats but even in roto. There will always be starters on the waiver wire, and some of those starters will have a good start against your team. If you’re trying to contend, how do you counter the streaming strategy without sacrificing your plan or sanity?

The simplest advice for any strategy is not to let it suck you in, and that goes double for counter strategies. If you want to beat a specific team, especially early in the season, the most important thing is to trust your own strategy that you’ve worked so hard to set up. The fantasy baseball season is long, and shifting gears too frequently can result in beating yourself more than you beat the competition. Whenever you make a move to counter another team, make sure you’re not sacrificing your own plan or future for a short-term win.

If you’re competing close with a streaming team in a dynasty league, you need to be willing to take a loss in order to build a winner. This can mean losing a matchup or falling behind in short term standings, while focusing on making your team’s long term outlook promising. Streaming teams will inevitably pick the losing pitcher some weeks, and those ratios can take a big hit if a starter gets roughed up. The churn can burn them, while you keep your cool.

One certainty of stream teams is the constant churn of their roster. Teams that stream successfully only do so because they have one or two SP slots that otherwise aren’t producing value. That means lots of pickups, which in turn means lots of drops. Most of the time those drops are going to be the Charlie Morton or Bartolo Colon types– pitchers who might have a good run or favorable matchup but are unlikely to produce much value over a full season, and even less so over multiple seasons in a dynasty league. Equally frequently, though, these pitchers will be diamonds in the rough: unproven pitchers of limited pedigree who are showing promise but still aren’t trusted. Where the stream teams focus on present value, consider the long term upside and pounce when a potentially useful player is dropped. Plenty of current stars were once question marks– Jake Arrieta, Corey Kluber, Danny Salazar, Carlos Carrasco, Jacob DeGrom. Plenty of current question marks could blossom into SP3 or better talents in a year or two– Chris Bassitt, Adam Conley, Jerad Eickhoff. Build a watchlist around the pitchers with intriguing profiles owned by the streaming teams, and be on alert to swoop in as soon as a player is dropped. You might be picking the player up just to bench him for a few weeks, but in the end the streaming team will kick themselves for dropping a stud.

Zig Where They Zag

There come points where you’re not going to beat a streaming team across the board, especially in a head to head league where they can overpower you through sheer volume of starts made. If your competition is going to get twice as many starts as you in a week, beating them at strikeouts or wins can become impossible fast. Instead, you can ignore starters and load up on relief in order to take the lead in ratio stats. In a H2H categories league, you could punt wins for the week and run out every lights out setup guy you can find in order to lock in ERA and WHIP. In points or roto leagues, focus on where you can get the most value to close distance with an understanding you’ll need ot make up that distance in other categories, such as your offense.

Beat Them At Their Own Game

If you know a team is stream happy and it’s driving you crazy, fight fire with fire. You don’t need to stream the most in order to stream the best. Instead, where they make daily moves, step back and look ahead, and grab the best pitchers for tomorrow or the next day before they start. Grab that strikeout throwing Colorado starter three or four days before his start at San Diego, and he won’t be there when Captain Stream looks at probably starters the day of. Of all the options presented here, this requires the least patience but carries the exact same amount of risk as streaming, so exercise caution.

Are you a starter streamer in your dynasty league? Does streaming make you crazy? Do you have any other ideas to beat this or success stories of when you streamed or watched the streaming team crash and burn? Let us know in the comments! 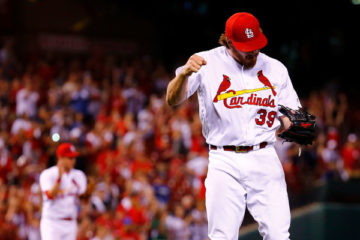