A lot of the time, minor league numbers don’t tell the whole story for prospects.  In fact, sometimes they are downright misleading and can result in an unfair shift in value for the player.  Minor league statistics can be the product of factors such as extreme offensive environments and ballparks, or swings in luck due to poor defense. But, there are some players that deserve to have their prospect stocks significantly rise or drop due to standout performances.  One of these players is Max Kepler, the Minnesota Twins’ 22-year old outfielder.  In Kepler’s first shot at Double-A, he blew away expectations with a .322/.416/.531 batting line, hitting nine home runs and stealing 18 bases in 112 games. He even earned a trip to the big leagues, receiving seven at bats and notching his first major league hit. It was a huge breakout year for the prospect and in this scenario, the numbers aren’t lying.

Kepler is a unique player in more ways than one.  He’s one of just 17 major league players since 1944 to be born in Germany.  Unlike most of the 17 players, including all three active German players: Aaron Atherr, Edwin Jackson, and Jeff Baker, Kepler actually grew up in Germany, only coming to the United States after being signed by the Twins.  This is a rare situation for a baseball prospect.  This is especially worth noting because unlike other countries that baseball players come from, like Cuba, Japan, and the Dominican Republic, Germany isn’t known for baseball.  So, understandably, Kepler had raw tools and wasn’t seasoned against advanced competition before coming stateside.  This is partly why Kepler wasn’t really recognized as a prospect until after this year.  He’s always had the talent, which includes average power, a well above average hit tool and approach, and plus speed.  But, the tools took until his age-22 season, his sixth year in the minor leagues, to show in games.  In 2014, Kepler hit an unremarkable .264/.330/.393 with five home runs and six stolen bases, so its understandable why he’s never showed up on the prospect radar.   Even without much track record, though, Kepler isn’t a fluke.

Possibly the most jarring part of Kepler’s season was his walk and strikeout rates. Kepler previously had a strikeout rate in the high teens and a walk rate in the high single digits—which is still considered solid in this strikeout environment.  But last season, Kepler simultaneously raised his walk rate to 13.9% and dropped his strikeout rate to 13.1%.  That’s right, he walked more than he struck out.  It’s hard to expect him to be able to do this at the highest level, where just two players (Joey Votto and Jose Bautista) walked more than they were punched out. Then again, he was given a challenge this year by going to Double-A, and responded with possibly the best performance in the league.  Kepler has a skill that many toolsy prospects lack, which is great plate discipline.

Often, these kinds of breakout seasons are ignored simply as a random deviation from the mean, but that’s not the case with Kepler.  He went from minor league depth to a major asset for the Twins organization.  In fact, he may have played a part in them trading outfielder Aaron Hicks to the Yankees for John Ryan Murphy.  He now has a clear shot to the right field starting gig (presuming the Twins don’t just stick Miguel Sano out there), despite never logging a Triple-A at bat.

Kepler is a candidate to thrive in his first shot at the majors, as he’s an advanced hitter who isn’t likely to be easily exposed by pitchers.  Kepler has the tools to hit .300 in the major leagues, and a player like that is practically an endangered species these days.  Furthermore, Kepler could steal 20 bases and hit 10 home runs as he develops more strength.  In fact, Kepler is 6’4”, so some slight mechanical tweaks and a little more weight to his frame could make him a power asset as well. For some scouts, Kepler may be classified as a ‘tweener,’ in that he may not have enough pop to play left field, but lacks the range and arm to man centerfield.  That shouldn’t make much of a difference to dynasty leagues though, and Kepler could be a stud, especially in on-base percentage leagues.  There is the risk that Kepler flops in his first shot at the big leagues, given that  2015 has been his only standout season thus far and he has no exposure to Triple-A. But, most signs point to this performance being sustainable and Kepler’s tools being real.

At this point, Kepler should be owned in every dynasty league.  Though if he isn’t, which could be the case due to his lack of prospect pedigree, he should be picked up immediately.  Even you missed out on picking up Kepler, targeting him in a trade wouldn’t be a bad idea.  Kepler could make the top-50 on some lists this offseason, and is a sleeper for Rookie of the Year.  He’s everything a dynasty owner could want—a clear shot to playing time, undervalued, young, and cheap, with loud tools. Kepler may have some questions on defense, but for dynasty leagues, he checks off all the boxes, with what could be impressive power, speed, and average/on base abilities. Kepler had a breakout season in Double-A last year, and could have a breakout season in the major leagues in 2016. 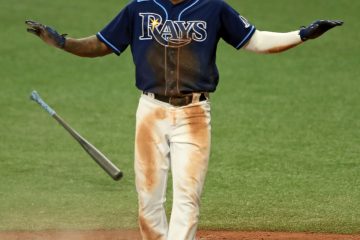 Kenta Maeda Could Be Something More Than a Four