As we’ve touched on before, an important aspect of maintaining a profitable dynasty league roster is utilizing your last few minor league roster spots on prospects that have a good chance to rise up the various prospect rankings in the near future. Not all prospects should necessarily be viewed as long term pieces when often times they can be picked up inexpensively and then traded to fill a more pressing need on your roster, or serve as the final piece to be added on to close a deal. Most of the time, you have to turn to the lower minors to find such prospects and that’s where we find RHP Jose De Leon of the Los Angeles Dodgers:

The Dodgers plucked the native Puerto Rican Jose De Leon in the 24th round out of Southern University in Baton Rouge, LA in 2013 and signed him for the equivalent of a nice Showcase Showdown prize, $35,000. De Leon did not fare well in his draft year of 2013, combining for a 6.96 ERA in thirteen starts between the Arizona complex level and the rookie level Pioneer League. Pitching in his age-21 season in 2014, De Leon cleaned up his delivery and dominated the hitter friendly Pioneer League, where the league average age was 21, to the tune of 77 strikeouts in 54 1/3 innings pitched over ten appearances. Baseball America pegged De Leon as the best pitcher in the Pioneer League, ahead of higher profile pitching prospects like Devin Williams of the Brewers. The Dodgers then moved De Leon up to their Midwest League affiliate, the Great Lakes Loons, where he was a year younger than the league average, and looked even more dominant in four starts, striking out 42 batters in 22 2/3 innings. On August 19, De Leon struck out 14 Fort Wayne hitters to break Clayton Kershaw’s previous Great Lakes single game team record of 12 strikeouts. Between the two levels, De Leon issued 21 walks to go along with 119 strikeouts, good for a 5.67 K:BB ratio.

From Dustin Nosler of the great Dodgers blog, Dodgers Digest:

“De Leon uses a fastball that sits in the 91-94 MPH range and maxes out at 96 MPH. The thing that separates it from many other fastballs in the organization is the movement. It’s a running fastball that hasn’t yet correlated to a high ground ball rate, but it could. If nothing else, it has enough movement to get hitters to miss it or make weak contact with it.

He also throws a low-80s slider that sometimes has a curveball look to it. It flashes plus potential. But De Leon said his favorite pitch to throw is his 84-86 MPH changeup. With a nice 3-pitch mix, it’s easy to see why there should be excitement surrounding this kid.”

Visual evidence of De Leon’s changeup and slider (including the bottom two against Clint Frazier) via Carson Cistulli of Fangraphs:

De Leon has only pitched 22 2/3 innings of full season ball, so there are certainly risks associated with him, but he has the stuff to succeed at higher levels and the Dodgers new front office brain trust will almost assuredly push the now 22 year-old in 2015. De Leon should start out getting another taste of the Midwest League and if it goes anything like his first four starts, he shouldn’t spend much time in Low A ball before earning a trip to the California League. With a strong 2015, he could experience a rise in the prospect rankings similar to another virtually unknown prospect coming into last year, Reynaldo Lopez. 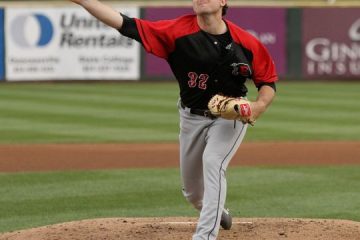 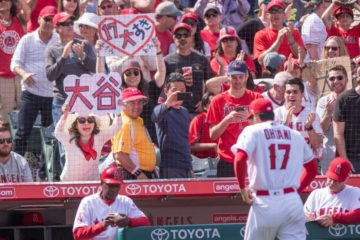 Kyle Schwarber and the Value of Catching Prospects