You’ve been following TDGX. You love TDGX. We all love TDGX.  And every week here at The Dynasty Guru, I am going to be bringing you commentary from our flagship experts’ league, directly from the participants themselves.

Mike: “Yes, it had been some time since I last made a trade. But my plan all along was to hold tight for most of the season until late July/early August and try to appeal to teams still contending for the TDGX title. Howie Kendrick was one of the MLB players I recently put on the block, and Tom (Bloomberg Sports/MLBAM) quickly initiated the discussion by offering several prospect packages. We eventually reached a deal involving Kendrick for Devon Travis/Steve Matz.

In my opinion, my team features a solid mix of players (both MLBers and prospects) to work with moving forward, but I still wanted to get younger around the (actual non-waiver) trade deadline by dealing veterans for prospects. Travis and Matz give me two high-probability (not necessarily high-impact) prospects capable of contributing before the end of 2015, though, at the same time, I acknowledge that neither guy has a particularly clear path to the major leagues. That being said, I have no problem holding on to both prospects and waiting to see how that unfolds.”

Tom: “Our run of trades continues — this week we acquired Howie Kendrick in exchange for a pair of Double-A prospects, Steven Matz and Devon Travis. Matz may be an underrated asset, but neither player is particularly close to the Majors. The Tigers have Kinsler at second for the foreseeable future and the Mets are loaded with starting pitchers ahead of Matz on the depth chart. Kendrick’s ISO has dipped under 100 so far this season, but in dynasty we love all-around contributors like Kendrick that stay in the lineup enough to rack up counting stats and help your rate stats.”

J.P.: “I wanted to get in a situation this summer where I could acquire enough depth to start trading young, middle-of-the-road starters for impact talent. Kinsler is a bit older than I’d like, but I like the value here. Hunter Dozier is another solid prospect who is in Double-A, which mitigates the loss of Renfroe.”

Alex: “Losing Kinsler isn’t ideal, but he’s getting up there in age (32) and his power and speed numbers are on a steady decline. I don’t love La Stella, but I like a player whose batting average I can count on — I believe La Stella is that guy. Kohl Stewart could be a future No. 2, which will pay off big in the long run. And even though I had to trade a Hunter to get a Hunter, Renfroe could be a future 20+ HR corner OF with double-digit steal contributions. I’ll happily take that in my depleted outfield.”

“I needed a replacement in my starting lineup for Shane Victorino due to his injury, so I opted for Grady Sizemore. He has been hitting very well since joining the Phillies. He is playing every day and putting up good stats. He totally sucked for Boston earlier this year, but I am hoping he can produce at a decent level for the remainder of the season. I doubt he will ever regain his superstar form from yesteryear but you never know. He is still only 31 years old.”

“I had Vargas on my minor league roster for a good chunk of the season but I had to drop him due to a roster crunch. He was just promoted from AA to the majors and has gotten off to a hot start. It looks like the Twins are going to give him a lot of playing time so maybe he will be a nice option for my team as I try to catch Team McKahn for the championship.”

“I needed healthy guys with Goldschmidt and Encarnacion going down. It’s not scientific. Arsenic bia was hot enough that I was actually happy to get him in a league this size but it’s not going to make me forget the players I’m currently missing.”

“He has a pulse and is getting everyday at-bats for Arizona with the injury to Paul Goldschmidt. Why not, I guess, right?”

“With Goldschmidt down somebody has got to pick up the ABs, here is a no-risk flyer hoping that it’s Alfredo Marte!”

“An interesting prospect before a hamstring injury derailed him last year, Quinn is having a good season at High-A. His speed appears to have returned, which should be the key to his fantasy value. If he can play a full season (which hasn’t happened yet), 40+ stolen bases isn’t out of the question. He has switched to the outfield from shortstop, and is an interesting flier at this point.”

“We traded Shane Greene and got back Pete O’Brien. Heck, The Diamondbacks gave up essentially Justin Upton for O’Brien, so that at least says something. #Gritty.”

“Yankees 2013 first rounder, Ian Clarkin has had a nice season in Charleston and recently earned a promotion to High-A. I want to see if he can continue his strong campaign at the next level and become a back-end keeper for me if I continue to consolidate talent.”

“Arcia may not look the part of an intriguing dynasty add, but he’s handled some tough hitting environments very well at a young age including some really nice strikeout to walk rates, with the speed you want to see from a fantasy shortstop. He’ll likely hit Double-A next year as a not-yet 21-year-old.” 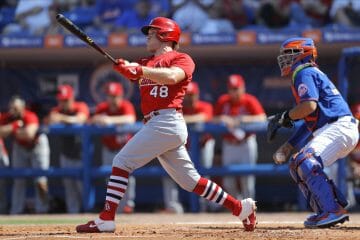