“Hanley Ramirez is probably winning a bunch of leagues for his owners who had depth and patience.”

That is the kind of deep insight I know that you are growing to love around here. Admittedly, I’m not the first to point out how brilliant Hanley has been this year. In fact, earlier today Dave Cameron tweeted this today, which shows that, by one measure, Hanley is basically having the best offensive season ever for a SS. But, I am not planning a love note to Hanley (although he deserves one). I am going to write one to another strong performer who has gotten a little less love, but is also helping a lot of teams to titles: Jayson Werth.

Werth’s numbers on the season are excellent – slashing .321/.401/.531 with 23 HR, 79 R, 75 RBI, 10 SB, despite missing basically a month of the season. On the season, he is fourth in wRC+ among qualified batters (Hanley and #manbearPuig jump into the top 5 if you extend the PA threshold a bit), and Werth is 20th overall and 12th among OF on ESPN’s player rater. Most of the production has come since he returned from the DL on June 4. In the three and a half months since, Werth has gone crazy to the tune of .339/.426/.571 with 19 HR, 62 R, 65 RBI and 8 SB. His second half ranks in the five traditional fantasy categories are monstrous:

In fact, I saw one note somewhere recently that he had played himself into the NL MVP race, which I do not happen to agree with, but is telling.

These days Werth is owned in every league, but his ADP was 212 (early 22nd round) and his average auction price was $1.90 in ESPN leagues, so he was out there in lots of places, no doubt more so when he lost a month to the DL. Owners who had the depth and patience to hold onto him got rewarded. The ones who jumped on him quickly when he came back did too.

Having looked at Werth’s excellent production down the stretch, the question for dynasty and keeper leagues is are there take aways for Werth’s future or generally? I think that there are a few points to consider (here I give credit to a great piece from Fan Graphs a few weeks back that did some of the heavy lifting) that can help us think about Werth’s future in fantasy. The points I will be thinking about, include:

So for 2014, if you could use an outfielder who will hit .275-.290 with 25 bombs, 10+ steals, and hits in solid line up that will provide the opportunity for 80-100 runs and RBI’s, then Werth is probably going to be a good candidate. Caveat emptor, however, he could end up with a premium attached based on his second half in much the way he came at a discount this year. 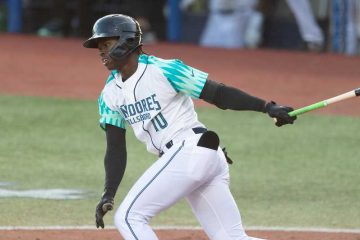 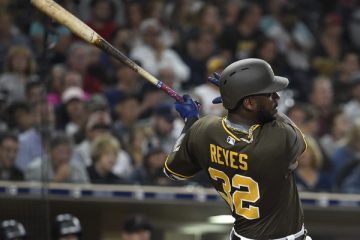 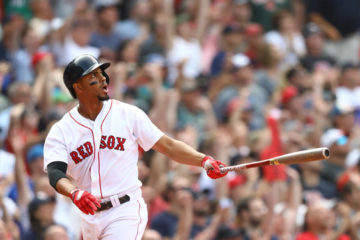 The Dynasty Guru’s All Second-Half Team