Let’s be honest, the first five weeks of the off-season were pretty boring. However, the last week or so has seen some big time free agent signings and trades – and it’s no coincidence that this lines up with the Winter Meetings in Nashville. So since there’s been a lot of news lately, in the interest of timeliness, I’m going to quickly run through ten players who have seen their fantasy outlook change in a meaningful way because of one of these transactions – whether it’s up or down. So, for example, I’m not including Mike Napoli in this post because I think he’ll more or less be the same Mike Napoli in Boston as he was in Texas. And in the interest of further timeliness, this is the end of the introduction.

The Flyin’ Hawaiian is the source of many GIF’s, but he also might be a nice source of value in 2013 drafts and beyond. Yes, he hit a whopping .245/.316/.351 for the Dodgers after the mid-season trade from Philadelphia, but the 32-year old still has a lot to offer. Batting average will be easier to come by in Boston, and so will counting stats. On top of that, he’s going to be playing under a manager, in John Farrell, who has a track record in Toronto of being a bit lead footed when it comes to stolen bases. To be fair, Victorino is a guy who I liked to have a bounce back season in 2013 even before I knew who he signed with, but playing in Boston will give him the opportunity to be a top-30 OF again.

Leaving the “friendly” confines of Philadelphia for Anaheim is a net gain for anyone, but especially a pitcher like Blanton, who has been homer-prone in his career. Despite being more of a ground ball pitcher, Blanton has given up more than a HR per inning each season since leaving the A’s. Including partial seasons, here are his HR/9 rates with Philly: 1.38, 1.38, 1.09, 1.37, 1.49. So while his K-rate will likely go down moving to the AL, if his new ballpark can keep his HR/9 rate right around 1.0 and his HR/FB rate below 10% (which it hasn’t been since his days in the Coliseum), Blanton could be a helpful back-end starter for the next two years.

For someone who’s been left on the scrap heap in all but the deepest of leagues, Alex White finally got his exodus from Colorado. Now penciled into the Astros rotation, White will set out to prove that he can follow in Jason Hammel’s footsteps by simply not pitching in the thin air at Coors. Don’t forget, White was a first round pick of the Indians before coming to the Rockies in the Ubaldo Jimenez deal — and still carries with him some mid-rotation potential. He’s certainly worth a flier in AL-only leagues and some very deep mixed leagues.

The knock on Trevor May is two-fold. First of all, he doesn’t have the command profile you like to see from a starting pitching prospect in the upper minors. He does have potential plus pitches in both his fastball and curve, but he could be ticketed for the pen in the end because of the command issue. This alone won’t change his outlook, but an outcome of this command issue is that since he tends to pitch more up in the zone — he allows a lot of fly balls, and home runs by extension. When he reaches the majors (assuming he does), he won’t feel the difference against RHB, but against lefties, Citizens Bank park has a HR factor of 126 (well above-average), while Target Field’s is 78 (well below-average). Plus, the opportunities will be there faster in Minnesota for a likely out-of-contention and short-staffed Twins team. If May impresses out of the gate, don’t be surprised if he shows up in Minnesota around the All-Star Break.

Denard Span and Ben Revere leaving town means that the Twins CF job is there for the taking in 2013. Hicks may not get it out of spring training, but he’s coming off a very impressive year in Double-A and he’s not far from making an impact. What works in his favor is that even if he’s rough around the edges offensively, he projects to be a plus defender out there — which always helps the chances of a player staying in the lineup. And it also never hurts to take away a manager’s favorite toy who happens to play the same position. He’ll likely start in Rochester, but the job could be his in June.

This is more about the promise of a full-time gig than it is the difference between playing at the Trop versus playing at the Cell (though it is pretty drastic for HR). Keppinger isn’t going to all of a sudden start hitting for power — that’s not his game. But if he gets 500 AB, we’re talking about a career .288 hitter who has never had a K-rate higher than 10% in any season of his career. Add to that the fact that he’ll have 1B, 2B and 3B eligibility in 2013 and you can get why he’ll be a very helpful player to have around in deep leagues.

A Rule 5 selection of the Cleveland Indians, McGuinness is a bat-only prospect plucked from the Rangers, who were unlikely to ever use him in a major league capacity. He just finished his age-24 season in Double-A where he hit 23 HR with a .840 OPS in 456 AB and followed that with 4 HR with a .838 OPS in 92 AB in the Arizona Fall League. I know, you’re not so excited. The Indians, however, currently have a crop of 1B options that include Matt LaPorta, Yan Gomes and Russ Canzler. There’s a very small chance McGuinness will hold any fantasy value, even in AL-only leagues, but when Cleveland called his name this morning, he at least gets a spot on the radar screen.

A closer not in Coors Field becoming a set-up man in Coors Field? I don’t care how great Lopez’s ground ball rate is (it’s 55.9% in his career, for the record), that’s a big downgrade in value. It’s even unclear if he would get saves, should anything happen to Rafael Betancourt, as Rex Brothers may or may not have something to say about that — though he is a lefty and doesn’t have the “closer experience” (Lopez has a whopping 11 career saves, 10 more than Brothers).

Very quietly, Johnson hit .281/.326/.451 last season with 15 HR and 76 RBI — which was good enough to be a top-20 3B for the season. On top of that, his numbers for the D’Backs were even better after the trade (.286 with 7 HR, 35 RBI in 147 AB), which left him as a solid NL-only pick and deep mixed option for 2013. Unfortunately for him, the Diamondbacks decided to sign Eric Chavez this week, which will reduce his playing time. CJ is probably better off in the shorter end of a platoon role from a real baseball perspective, but if he’s only getting 300-350 PA, his fantasy value takes a pretty big hit.

Similar to Chris Johnson, but on a lower level, Roberts ended 2012 as a top-30 2B for fantasy. Also similar to Johnson, he’s lost his job — in his case it’s due to the Yunel Escobar trade, as this shifts Ben Zobrist back to 2B. Roberts was not particularly interesting, but had AL-only value as the Rays 2B. And on top of this, the other player this affects is Zobrist, who has a smaller chance of going into 2014 with his newly minted shortstop eligibility in tow than he did last week. 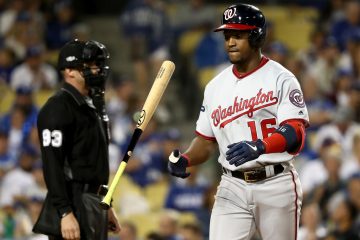