The first round of the 2009 draft did has seen a number of pitchers in the big leagues already – including both college and prep arms. In fact, of the 11 pitchers picked and signed in the first 18 picks of that draft, 7 of them are currently in the majors. However, the second best of the entire bunch (behind Strasburg, of course) may be close to making his major league debut. Shelby Miller was drafted by the Cardinals with the 19th overall pick and even though he’s not Mike Trout (taken 6 spots later by the Angels), who is?

The scouting report on Miller is exactly what you’ve grown to expect from a hard throwing Texan. His fastball sits in the 92-95 range, touching some 6’s and 7’s, with movement. His best off-speed pitch is a power curve which he often throws in the low-80’s and is a legit big league out pitch. On top of that, he’s developed his change-up into an average pitch and it can flash above-average. He’s still working on developing his command and control (which are not poor right now by any means), but he’s athletic enough that the profile projects him to be at least above-average here. Plus, he’s worked his way through the minors rather quickly — 2012 is his age-21 season, as Miller does not turn 22 until October.

Much more after the jump…

Miller instantly became the Cardinals top pitching prospect upon signing and plowed through the minors his first two seasons, not only making it to Double-A before he was old enough to drink, but putting up a 2.70 ERA with 89 K’s in 86 2/3 IP while he was there. Coming into 2012, Miller was a near-consensus Top 10 prospect in all of baseball and it seemed as though there was nothing to stop Miller from making an impact at the major league level before the summer. However, prospects’ paths are rarely paved entirely with gold. So instead of dominating at Triple-A and awaiting a call up, Miller got hit pretty hard and red flags started to come out of the woodwork. Scouts noticed that his stuff was down from the start of the season, including losing at least a full grade on his fastball velocity.

The rumors floating around about why Miller’s stuff was depressed coming out of the gate in 2012 were wide ranging, but once injury was more or less ruled out, they were focused around his commitment. Reports started to surface that he was out of shape when he showed up to camp, that he was not as big and physical as the prior year and that he was not putting in the type of effort the organization was expecting to see. Regardless of whether these things were true, the Cardinals finally took action in June and skipped his turn in the Springfield rotation after he another poor start on June 16 to essentially hit the reset button. When he returned to the rotation on June 27, the old Shelby Miller began to show back up. His mechanics looked more like they did in 2010/2011 and his stuff ticked back up to his expected level — and the stats began to match the reports.

Yes, his ERA and HR/9 are high, but that’s going to happen even to very good pitchers in the PCL if they are predominately fly ball guys like Miller is. The bottom line here is that the good Shelby Miller is back and he’s throwing smoke. In fact, in his last nine starts, he’s got 57 strikeouts and 4 walks. That’s certainly a way to get some positive attention.

Now, Miller finds his name in the rumor bin again; however, this time it’s for a much better reason. The Cardinals are supposedly thinking long and hard about calling him up once Memphis’ minor league season is over on September 3 — Memphis is not in danger of making the playoffs, as they’re the worst team in the PCL. If he does get the call, it could be as either a starter or reliever. With the news that Lance Lynn was taken out of the starting rotation this past week, the only thing standing between Miller and the fifth starter job in St Louis is Joe Kelly and a 40-man roster spot. To a non-contending team, that would probably be enough to push his timetable to 2013, but the Cardinals are sporting a 2-game lead for the last wild card spot in the National League. If he were to come up as a reliever, Miller is ready enough right now to make an impact in a bridge role to Jason Motte. With the potential ability to dial his fastball up a grade in a short relief role, he could be the best option the Cardinals have for the eighth inning right now.

So, hopefully you did not bail on Miller when he was struggling at mid-season as he’s gained back most of the prospect value he had lost at this point. And if he comes up in September and goes all Matt Moore on us – all bets are off for his 2013 value and beyond. He may not project as a true ace, but as a fly ball pitcher (in a home park that helps fly ball pitchers) with a strong frame and very good strikeout ability, he could put up seasons of an ERA in the low 3’s with 200 K’s in his prime. Miller was #7 on my pre-season Top 100 dynasty league prospects list (even though I did drop him to #15 on my mid-season update), and I would be surprised if he was any lower than that when my 2013 ranks come out in the spring. 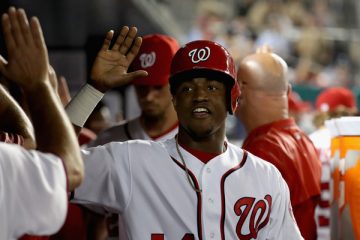 What To Do About Lance Lynn